These charming Japanese Fairy Tales were translated by Yei Theodora Ozaki in 1908. Although taken from actual Japanese folk stories, these Westernized versions are not literal translations. These stories combine fictitious creatures and magical animals with the lives of normal humans and provide an insight into a piece of ancient Japan.

The stories in this volume include: 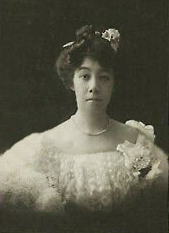 Ozaki was an early 20th-century translator of Japanese short stories and fairy tales. She was born in London and later was sent to live with her father in Japan, where she received an education. Yei enjoyed popular Japanese fairy tales like those of Hasegawa Takejirō and began to write down and translate smaller stories and fairy tales. Some of these were accepted for publication by English magazines and were ultimately published in London in 1903. Her collection was not translated from formal Japanese but were reworded by her into everyday language.